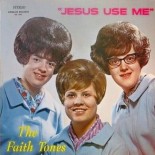 In terms of remembering birthdays and anniversaries I’m more like *gasp* a guy.  The beginning of a month rolls around, and I start panicking about whose birthday or anniversary I should be remembering in the next 30 days.  Around the middle of the month, I figure it’s safe enough to email or call my friends wishing them a happy birthday or anniversary – I’ll either be early, or have just missed their birthdays by 14 days at the most.  And because my friends are kind and forgiving where I’m utterly clueless and forgetful, they will always graciously thank me for the well-wishes, or politely remind me that they’d broken up with Jim/Jill, or that their birthdays were two months ago.  Then, the next year rolls around and this sad scenario repeats itself.

In fact, I wouldn’t have known it was my blog’s one-year anniversary had I not been updating my Freshly Pressed page and realized that my very first post was dated September 2, 2011.   Wow, a whole year!  Starting the blog and sustaining it for the first few months was as easy as getting fat.  But continuing it for a year is as sobering as trying to lose those last five pounds…which have since become ten.  However, if it weren’t for my fellow bloggers – their writing and encouragement – I wouldn’t have lasted this long.  So, this anniversary post is dedicated to you guys in the blogosphere and the fellow bloggers I’ve been following and enjoying this past year.

They say you never forget your first true love, but I’ll never forget the first five bloggers I started following on WordPress:

These five bloggers couldn’t be any more different from each other.  The-soon-to-be-married Lorna at Gin & Lemonade writes snippets about her life in Scotland with her fiance (previously boyfriend) in a very real and sometimes poignant manner.  Jim, quite possibly a ginger from the UK, fills the desperate void of British highbrow comedy with highly-acclaimed advice columns from Oily George and musings from Bob (When Bob’s on the Pot He Likes to Read Alot – It’s a Man Thing!).

Charles (thankfully, not Bukowski) is the closest I’ve seen to my humor writer god, David Sedaris.  Charles has penned many amusing posts, but a recent one about s daughter’s wedding is truly touching.

BreezyK and Ashley J, along with Karen at The Chronicles of a Skinny Jeans-wearing Toronto Girl are part of what I call the young whippersnappers generation.  They’re sharp and funny and make me feel old and tired, like the five layers of wallpaper that’s keeping the plaster walls of my house from caving in on me.

The League of Extraordinarily Sarcastic, Neurotic, but Never Didactic Women 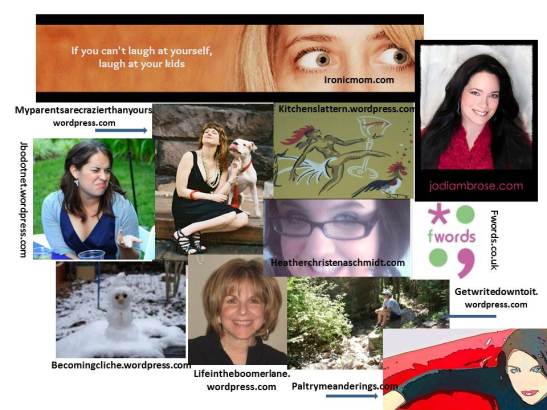 Actually, not all of these lovely women are irreverently sarcastic; some are just flat-out funny.  Heather‘s posts alternate between the turtles at the zoo and the zoo in her home.  The other Heather is a little snarkier, especially where her trailer-trash mom is concerned.  And speaking of Queen Snarky, Cristy Carrington Lewis burst onto the WordPress scene with her Freshly Pressed post Why I Hate Witty People.  She also has a thing against short people, being taller than average.  Leanne Shirtliffe, by her own admission, is “an exhausted mom of eight-year-old twins”.  And yet, she still has time to pen stuff for NickMom.com and the Huffington Post.  I think she also teaches and walks on water.

Nary two weeks go by when WSW drops a vinegar-infused, but low sodium post about cooking and eating healthy.  (Neither of which she seems to be succeeding at, judging from her recent posts.)  Linda J. writes about *stuff*, such as her uterus and her family (which I assume was borne from her uterus).  JBo and Myra are crazy for different reasons – JBo’s a therapist and she’s from Iowa (yeah, I know what you’re thinking – LOTS of fodder for a blog there).  Myra’s parents are crazy, but now they’ve disowned her and she’s trying to get funding for a film project she’s making with her pound pit bull, Vito.  Renee, I believe, is quite normal – despite the fact that she devoted a whole post to Cottonelle toilet paper.  Flushed with success from that post, Renee followed up with another about Mitt Romney, sans the toilet paper, but twice the BS.  Jodie A‘s potty mouth and Renee’s Cottonelle should meet.  I’ve seen enough cursing in Jodie’s blog to make a merchant marine blush.  And being the sole Brit in the bunch, Sue Fenton brings her own brand of wit and humor to the blogosphere with posts, such as Things to Do in a Dull Town at Lunchtime series.  The woman’s so popular, she even has a TESTIMONIALS page, where people talk about her in the third person.

What’s Lostnchina Without the “China”?

I first noticed Nicholas‘ writing because he stole my blog header of the Great Wall and the rolling hills.  In order to differentiate myself from the Nicholas’ blog, which covers China’s social, economic, and cultural issues I opted for the picture of a lone Chinese man standing dejectedly by the edge of his farm field, looking out over his failed crops.  This picture is deep on many levels – it speaks of this man’s pain at having to suffer through another poor crop season.  The picture may also reflect the pain he feels, as he’s lost his (real) Rolex watch somewhere in them fields.  But then, I noticed that Tom, Yaxue Cao and Casey over at Seeing Red in China have stolen this picture from me.  And their blog does cover a variety of topics relating to the Chinese man, his past, present and future.

So, then I had the brilliant idea about documenting the lives of some mops I saw in China, as well as penning an impractical guide to the Chinese city I was living in, all the while recording my cooking and eating experiments in China.  However, MaryAnne, who always seems to be flinging herself from one project to another, from one country to the next, beat me to these ideas.  Damn you, MaryAnne!  And she calls herself a Canadian!

And then there are the more benign China bloggers – Kelly Sandor, a hilarious woman who married a hilariouser Chinese man and is continually befuddled by the comings and goings of life in China.   Expat Edna, who isn’t really in China anymore and travels all over the place as a freelance sports writer.  Jen Brown, a Seattle/Salt Lake City native who’s somehow found her way smack dab in the human rat maze of Hong Kong.  I also like looking at pretty pictures, which is why the China Urban Development Blog is so cool.  Other China bloggers – Wandering American, Roomaomao.  And bloggers who are expats but not necessarily in China –

Now, you may not be able to tell by looking at the collage of my mother I’d made in grade five out of used pizza boxes with the cheese still clinging onto the cardboard, but I do enjoy the visual arts, DIY projects and interior design. However, the blogs I follow aren’t just about the visual arts, but also about writing and self-reflection.

Malate: Elmer and I know each other well, thanks to copious amounts of alcohol and Chinese New Year panties.  He’s also a regular visitor to China and tells wonderful stories through his photography.  However, Elmer’s most touching creation was his sincere, concerned and artistic response to attempts at dating. 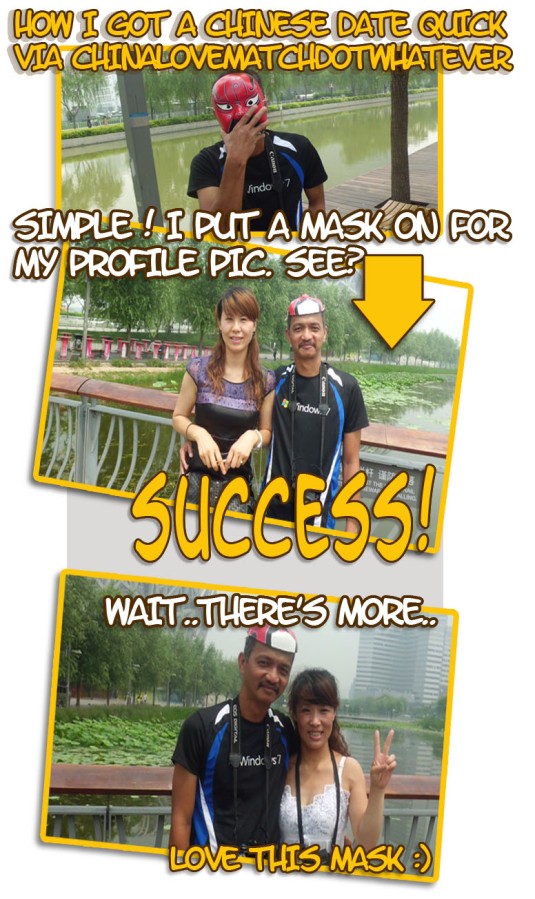 Smallest Forest: If you’re not following Nat, then you’re not one of her 1500 blog followers, and you need to get with her program, which includes small books the size of your finger pads, her needle and thread creations, as well as her recipes, writing and drawings.  Inbetween all this activity she still has time to hold down a job and a husband.

Jake’s Printer: It’s not only Jake’s graphics that led me to his site, but the write ups to the weekly photo challenges he has, some of which are truly inspiring.  Jake also holds his weekly Sunday Post Challenge, where readers are encouraged to submit their own creations.

In a Class By Themselves 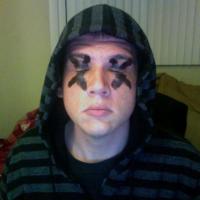 kennethauthor.com: The blog that’s under 550 calories 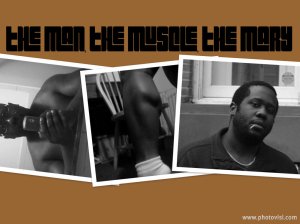 aspoonfulofsuga.wordpress.com: Because a mouthful would just be wrong. 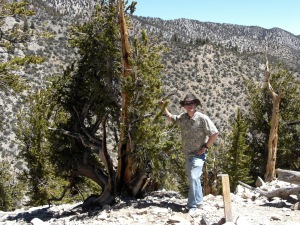 doctorquack.wordpress.com: One more blog on the intrawebs. 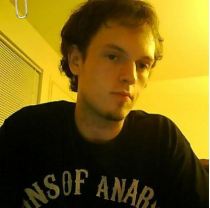 mooselicker.wordpress.com: He’d rather be dead than well-read. 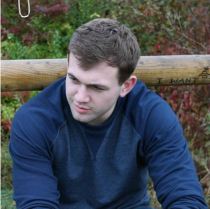 Thank you to all the bloggers who have made this past year so enjoyable for me (whether you know/care, or not).
Please also check out my Awards & Blogroll page for more awesome bloggers!

Question of the Day: Who are some of YOUR favorite bloggers?

47 comments on “Lostnchina’s One Year Anniversary”

This entry was posted on September 29, 2012 by lostnchina in Uncategorized, Writing and tagged bloggers, blogging, Wordpress, writers, writing award.