MrMary and I have a soul connection: the kind you see when two strangers simultaneously reach for the same discounted vodka in a box on the shelf of the liquor store.  It’s magical, especially when MrMary generously pays for the vodka ($4.99 plus an airline-issued bag of expired “Nut Mix”), while I go and pick up a few bags of ice and a bottle of tonic water the size of an eighteen-month-old.

Here I was, staring at a blank screen on my computer, wondering what the hell to write for the next post, when I was tagged by MrMary and given this writing challenge.  It’s as if MrMary can read my deranged mind.

To be tagged is a fun way to get to know fellow bloggers a little better (and to mess with them a little).  Here are the rules:

1. Post the rules.
2. Answer the questions the tagger set for you in their post
3. Create eleven new questions to ask the people you’ve tagged.
3. Tag eleven people and link to them on your post.
4. Let them know you’ve tagged them!

Here are the eleven questions I received from MrM:

1. Why do you blog and what keeps you blogging?

I blog because I’m like my Dad, who repeatedly tells stories about his past, regardless of whether anyone listens or cares.  I’m less than half his age, but twice as annoying with my blogging.

This looks like the blow-up doll version of a rubber chicken.

Blogging is a kind of compulsion for me – it’s like seeing a guy walk around stark naked, except for a rubber chicken tied around his waist hiding his private parts.  I have a great urge to write – in happy vivid detail – about this, just as someone else might want to pick up the phone and call a friend, or the cops.

However, one thing’s for sure: I don’t blog for the sex.  The last guy I dated I blogged about and now we’re no longer on speaking terms…which is unfortunate, because I would like to tell him to read the post that I’m going to write about our relationship.  (It involves him being naked with a rubber chicken.)

2. What is something about yourself that no one would be able to tell by looking at you?

My underwear is not as exciting as most people are led to believe.  If you don’t believe me, just ask Elmer: he has one of my panties.

3. What is your Drink of choice when you are looking to get crunked?

Besides vodka with MrMary?  The sweat and tears of my overworked Chinese sweatshop employees.

The tears of my ex, after I tell him that I had lied: it WAS better for him to leave the rubber chicken tied around his waist.  At least that way I knew something was really there.

4. Can you name someone or something you miss?

When I visited my parents more than five years ago in Taipei, every morning my Dad would go down to the corner grocery store and buy me a an English newspaper and a breakfast of Chinese crepe and soy milk from a roadside vendor, when going out for his daily walk.  We’d then sit at the breakfast table and talk Chinese politics all morning, while I slipped him some of my fried Chinese doughnut under the table, so Mom wouldn’t catch us. (Dad isn’t supposed to have a lot of starch, as he’s diabetic.)

Now, after his triple bypass several years ago, if my Dad isn’t up by 9am, either my Mom or I will freak out and punch and tickle him repeatedly till he wakes up.  (Dad has a habit of sleeping perfectly still in a position that makes him look like a corpse.)  After Dad finally awakens – royally pissed off – we tell him to sleep in a bit longer, as breakfast isn’t ready yet.

And you wonder why my Dad has heart problems.

I miss my Dad buying me my newspaper and Chinese crepe and soy milk breakfast.  I miss talking politics with him over breakfast, as he is hard of hearing now, even with a hearing aid.  I miss slipping him foods he can’t have and then the two of us giggling about it, because we’d put one over on Mom.

I guess I just miss what my Dad used to be.

5. What is the thing you’re proudest about in life?

That I survived the last two years in China with all my organs intact.  I’m still trying to figure out how to record the experience properly.  I’m talking fraud, betrayal, embezzlement, the Chinese Mafia, adultery, a marriage of convenience, lunacy, lots of money, the lawyers, the cops, the government, a catfight in a fake Starbucks, a trip to the hospital…basically, business as usual in China.

8. Any ideas for my new tattoo? what and where? If what you suggest is cool I’ll get it.

I’ve had a fantasy about getting a tattoo of Planter’s Peanut Man on my arm for as long as I can remember.

Just look at him: a debonair, devil-may-care kind of guy in a top hat that’s monogrammed with Mr. Peanut.  Never mind he’s got the curves of Marilyn Monroe, but no neck and no pants; the guy looks like he’ll open doors for you and pull out your chair when you sit down (and not snatch the chair away at the last moment so you end up falling ass-first onto the ground.  That’s usually how most of my dates end).

9. What was the last song you listened to?

Radiohead – The National Anthem (Live). Am still listening to it, by the way.

10. I’m itching to cook/bake something. If I treating you what would you want me to make?

MrMary, if your itch isn’t from an infectious disease, then I’ll take you up on your offer.

11. Describe yourself as completely as possible in 22.5 words

Haphazardly hopeful, heterosexual single Chinese woman, who finds little dramas in the most banal life occurrences and feels compelled to blog about them.

Incidentally, I’m thinking about using this as my online dating ad, except with some word substitution:

Haphazardly lustful, questionably single Chinese lotus, who isn’t seeking losers with lots of drama, but seems to meet a lot of them anyway – and  feels compelled to blog about them.

Here are my eleven questions:

1. What’s a topic you’d never touch in your blog?

2. Which word do you hate and why?

3. If you had to give up blogging, because of time constraints – or some other kind of pressure – what would you do as a substitute?

4. What’s a frivolous holiday, in your opinion? 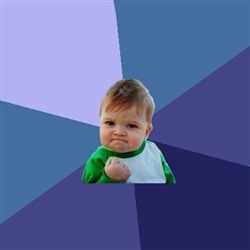 Write a caption for  the above picture.

9.  What is something you have too much of?  (For example, you may say, I have too many Manolo Blahnik shoes in a size 6.5 and want to generously donate them to a well-deserving Chinese woman who wears Nike rip-offs in China.) 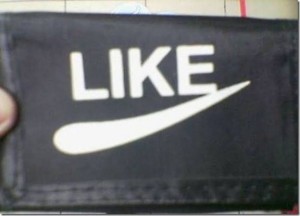 Here are the lucky tag recipients:

13 comments on “Gadzooks, I’ve Been Tagged!”

This entry was posted on February 27, 2012 by lostnchina in Family, Humor and tagged alcohol, dating, parents, single woman.