I’m ashamed to admit this, but my parents – well, my Mother – after having lived in Canada since the 1970s, has a problem differentiating one Caucasian from the next.

Take, for example, this elderly couple, who were our neighbors in Vancouver (that’s B.C., Canada) from the early 1980s till my parents sold their house in the late 1990s.  (I know this isn’t really them, or even the right nationality, being that it’s “American Gothic” by Grant Wood, but this is how I remember the elderly couple). 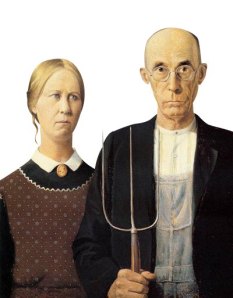 My Mother had no problems recognizing them, if they were outside their house gardening or puttering in the shed, but take them outside of their natural habitat and into…

My Mother suddenly fails to see any resemblance between these people and her neighbors.

I remember once the wife – we’ll call her Mrs. Wells – was sporting a jaunty, fashionable hat and standing in front of their house.  My Mother turned to me and asked, in a harsh whisper, “What’s happened to Mrs. Wells?  Who is this other woman?”

Some of you Caucasians reading this may be feeling guilty, because all of us Chinese look the same to you, and whenever you see one of us that you know, you’re wildly searching the annals of your fuzzy Caucasian memories trying to recall whether we’re a Ding or a Dong or a Wang or a Chung.

Well, feel guilty no more, Caucasians, because this is how my Mother, and many other Chinese of my Mother’s generation, classify you folks.  I’ve even put it in chart form for easy reference.  This form only applies to MALE Caucasians.  Don’t even get me started on classifying the women:

You might think this chart is a joke, but in the early 90s, one of my Dad’s American friends visited Taiwan and China.

And at a McDonald’s in Taiwan, he was mistaken for this guy:

…and asked for his AUTOGRAPH…

And I’m sure, somewhere else in China, somebody is mistaking our friend Kenny:

Being Chinese-Canadian and on both sides of the (ethnic) fence, I can understand why we might have problems telling each other apart: our two nationalities sometimes just don’t interact often enough for us to “get used to” seeing each others features.

Growing up I brought friends home from school, and my parents tried hard to distinguish one Caucasian friend from the other.  One friend was dubbed “the short one”, another “the red-headed one”, still another the “studious one”, or the “chatty one”.  But this kind of meant that it was difficult for me to have two friends with similar characteristics.

When I started to date, this problem was magnified.  There was a stretch, during my University days, when I hung out with several successive men who wore glasses.  And although these men looked completely different (one was tall and wiry with thinning brown hair, another was a squattish French-Canadian with bright blonde hair) – the glasses really took my parents for a loop.  Suddenly, both men looked remarkably the same.

I know the same problem exists for Caucasians when looking at us Chinese (or Asians in general).  And being that there is less of the Chinese culture in the West than there is the Western culture in China and the rest of Asia, Caucasians are harder-pressed to distinguish one Chinese from another.

So, to help you along, I’ve compiled side-by-side comparisons of similar Caucasian and Chinese people.  I find that it helps to have a basis of comparison that you’re familiar with when dealing with features that are foreign to you. 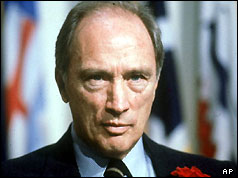 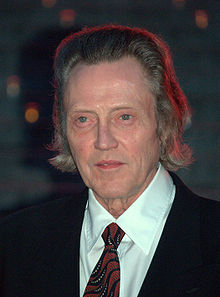 And finally, Whacky Jackie vs.

My Favorite Chinese Stereotype: The Chinese Lotus Blossom vs. The Dragon Lady

Lies My Superstitious Chinese Mother Told Me & the Longevity Panties

For the Caregivers of the English-impaired

This entry was posted on October 27, 2011 by lostnchina in China, Humor and tagged Caucasian stereotypes, China, chinese stereotypes, parents.