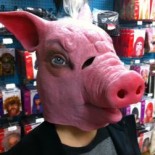 Remember a young and fresh-faced Karen Allen as Marion Ravenwood in “Raiders of the Lost Ark”, winning a drink-off with some large, boorish  guy at the beginning of the movie, only to punch Indiana Jones in the jaw about 20 minutes afterwards?

At the time, I thought no greater role model for women existed…Marion was beautiful, tough as nails, took crap from no one, ran her own bar in some godforsaken country, and apparently had limitless alcohol tolerance.  Except instead of giving Indiana Jones a right hook,  like Marion did, I probably would’ve just barfed all over him.

Cut to about 25 years later in 21st Century China: I’m staring down a tired shotglass – my seventh one – filled with 55%-proof Chinese Baijou (white wine), which smells like the locker room of an American football team after it loses its chance at making the playoffs for the season.

Channeling Marion Ravenwood, I smile, hold the shotglass with both hands respectfully towards my *adversary* – Mr. He , look at him straight in the eyes, take a deep breath, hold it, then “ganbai” (bottoms up), feeling the liquid snake down my throat, chest, and into my stomach.

“She is good!  In America, they drink heavily?  Women drink as good as the men, ahn?”  chortles Mr. He, as I quickly down a glass of cold ice water then a cup of tea to get rid of the horrid Baijou taste.

“Oh, certainly not as good as Mr. He.  Mr. He is the MASTER!”  I smile magnanimously.  I’ve no idea how I look, but Mr. He looks like a twice-boiled lobster, who’s about to pop a vein.  “Mr. He, you are really the best at this.  It’s useless to try and compete with you in a drinking contest.  Any person is sure to lose.”

“Ms. Wang, I have many dinners every day and lunches too.  And I have built up this incredible alcohol tolerance…”.  Mr. He beats his chest like King Kong.  “It’s impossible to expect you to have the same tolerance, especially being…a woman – the genetics are against you.  But you are one of few women I’ve met who can have so many glasses of Baijou…and from America, too!  I toast you!” With that, Mr. He raises his shotglass filled with Baijou again, while my server quickly moves to refill my glass.

“Suiyi, suiyi (as you wish), Mr. He….”, I mumble, feigning nausea, as Mr. He finishes off the last of the Baijou, while my lips barely touch the rim of my glass.

“Ms. Wang, you surely are tough!  You almost ruin me with your drinking!  Almost!  Tell you what: you will get the contract for the renewal of your lease tomorrow.  I will have my girl send it to you by courier.  But you owe me another dinner for giving you only a 5% rent increase next year, ha ha!”

From what I heard the next day, Mr. He pretty much looked like this after our drinking session:

You might have heard bits and pieces about China’s drinking culture.  Unlike the West, where people usually get drunk for the sake of looking like an ass and having a good time, or to drown sorrows – the Chinese drinking culture is tied up in status and reputation, hierarchy and posturing.

It’s still quite rare for the typical Chinese family to sit down to a typical family meal with copious amounts of alcohol, unless it’s a special occasion, or if there are guests over.  The Chinese aren’t known for going home after a long day at work and breaking out a bottle of Scotch to unwind.  And despite the Maoist  reforms and labor camps, which had men and women working side by side as equals – women are still not considered equals, especially when it comes to drinking alcohol.

Traditionally, a woman who drinks is a woman who is easy and has loose sexual morals.  But a man who can drink his weight in alcohol is considered strong, virile and a contender – somebody people admire.  Just look at all these antique figurines extolling the virtues of male drinking. 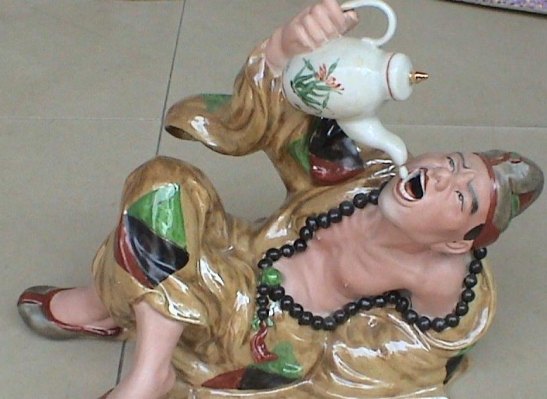 This figurine is supposed to be of a famous poet caught in a reflective drunken moment: 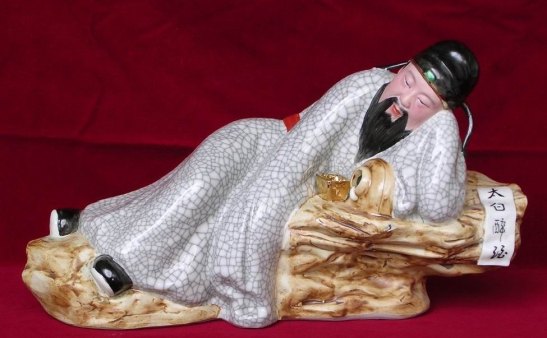 And, alcohol has a weapon…. 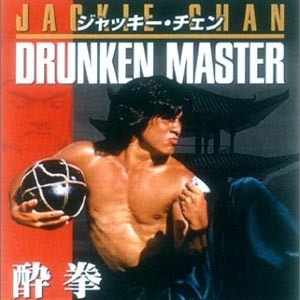 Now I actually like to drink.  A LOT.  If alcohol didn’t have zillions of calories, ruin my liver and brain cells, or make me feel like shit on a stick the next day, I’d be drinking alcohol like water.

But in China, one of my favorite activities has become the most burdensome.  Here, drinking is an obligation and  something that establishes the pecking order.

If I’m your boss or *above you* in any way (like, I’m the Chinese IRS and you’re a taxpayer in need of *friendly advice* on how to lower your annual tax payment) – and we go out for dinner, where alcohol is inevitably involved – you are expected to drink with me…as much as I want to drink for as long as I want to drink.  Not only that, you are expected to make sure that my glass is always full and that you toast me several times, as a sign of respect.

If you’re a guy, you pretty much have to drink, unless you have a very valid reason not to (ie. Alcohol causes you to be impotent, or you are getting a liver transplant next week). And even then you might have to give evidence of this, then be ridiculed for lack of manliness.  Not to drink with your “elders” is considered to be quite the social faux pas in China.

On the other hand, you can never drink MORE than I, your boss, can.  You can’t show me up when we drink together.  The House always wins.

If you’re female, you can sit out the drinking without any repercussions…and most women do.  But this usually means that you’re a sober woman looking at a bunch of drooling drunk Chinese men trying to one-up each other on drinking bad alcohol.

It’s because of this boring alternative that I usually end up drinking at these functions… but end up regretting it, as most Chinese alcohol is only a step above the waste water from your dishwasher.

Going back to Mr. He – our landlord – there are definite advantages to being a woman in China, despite the fact that we are not considered to be equal to men.

In the West, we often hear about how women have to be a bitch-and-a-half to succeed in “a man’s world”.  In China, I, like many other Chinese women, use this disadvantage to my advantage. 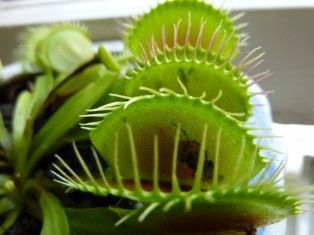 Personally, I like to play up the Chinese Lotus Blossom stereotype, even though I more closely resemble a Venus Flytrap.  (I think it’s my unmanageable hair).

Before meeting with Mr. He, I had a bunch of Gravol and water, so I wouldn’t suffer any hangover the next day.  Activated charcoal also works pretty well to soak up the toxins.  I have a rule about drinking a glass of water between shots.

I also brought along my secret weapons: my best-looking and youngest female employees wearing their most dazzling outfits.

They distracted Mr. He and his cronies with their cute incessant giggling and bouncing up and down, so that Mr. He couldn’t figure out he was having about two shots of Baijou to my one, and that I was watering down my Baijou.

And finally, what man of any culture doesn’t like to be continually complimented on the macho way he downs his booze, conducts his business, and handles himself around the ladies?  Mr. He was as drunk on my fawning compliments as he was on the Baijou.  And the best part is, I came out smelling like a Lotus Blossom with a below-average rent rate for my office. 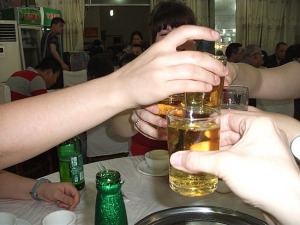 11 comments on “Drink, Drank, Drunk in China, A Woman’s Perspective”